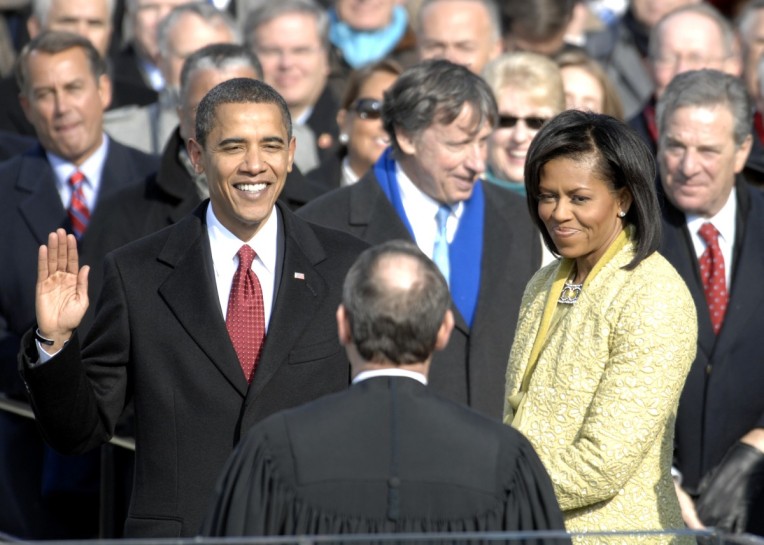 If there’s one good thing about having insomnia it’s that when something happens in the world, you get to see it at the same time as everyone else. Early yesterday morning, while most Australians were still fast asleep, I experienced a moment in history I’ll never forget.

To see an African American in the White House is an amazing thing; it’s not just what it represents for the civil rights movement and how far America has come but also for disadvantaged people around the world. It’s no less than the power to dream, for a child to believe they can grow up to be anything they want to be. It’s a day I was not sure I would see and I’m happy I have.

What struck me watching the scenes from Washington was how joyous they were. When Obama won the election there was an outpouring of emotion, like all the emotions that had been restrained for so long were suddenly bursting forth. But this was different. This was like a celebration and perhaps nothing showed that better than seeing two million people huddled together in the freezing cold, waiting in anticipation. It was an amazing sight.

I’ve never seen crowds like that. The conditions must have been awful and the lines looked like they stretched back for kilometres but they weren’t ideologues or the Democratic faithful; they were just ordinary people who had been touched by Obama’s message and wanted to be a part of history. That’s what was so moving, particularly during Obama’s speech.

The other thing that was interesting was seeing the surviving members of the Tuskegee Airmen from World War II. For so long they had fought against the discrimination that had held them back, trying to prove they could fly as well as any other man, and to see them there, with the pilot of the plane that crashed into the Hudson River, for me highlighted what this moment meant. Seeing two different eras of pilots who once would have been separated by so many divisions being honoured together shows how far America has come.

Of course Obama’s election is at best a stepping stone. It doesn’t end racism; it doesn’t fulfil the dream of Martin Luther King so many years ago. Racism might never be something we can truly be free of, only marginalise. What this moment represents instead is another step forward, another step towards tolerance. And the example it sets for the rest of the world and the hope it gives to minorities is something words cannot describe. For myself, it gives me the belief that I can be more than I am, and gives me hope that one day we will have moved past some of the divisions in Australia as well.

Personally I am hopeful that Obama will be a good president. The world needs stable leadership right now and he seems to be making the right signs but he faces a difficult task with the economy and two wars. But I was impressed by his speech; I thought he struck the right balance between responsibility and optimism. I hope he will be able to bring people together and end some of the division and from an Australian point of view, I hope our relationship continues to grow. Israel & Palestine remain in my thoughts as well.

For me, though, it isn’t about that right now. It’s about this moment in time and I think it transcends your race, political persuasion or where you live in the world. There were over two billion people watching Obama’s inauguration worldwide and watching the crowds and celebrations in Washington, it again reminded me of the moon landing and the fall of the Berlin Wall, events which united all of us together as one. Right now I don’t feel like an Australian but a citizen of the world and I’m glad I was able to watch it live.

I thought I’d post a video to mark the occasion as well. During the civil rights movement We Shall Overcome became a key anthem played at rallies and festivals. I can’t think of a more appropriate song to mark the moment. This is Bruce Springsteen’s version, a tribute to Pete Seeger.

5 thoughts on “We Shall Overcome”