One of my favourite parts of Sydney is the Powerhouse Museum. Sydney has many interesting museums and galleries but there’s just something special about the Powerhouse. It’s existed in several forms for over 130 years (once even sharing a room with a hospital morgue) and it’s full of history. I could lose myself for hours just wandering around if I had enough time.

Recently there have been a couple of new exhibitions at the Powerhouse I’ve wanted to see, including one from the Star Wars films. With my health I hadn’t felt up to going earlier but I finally managed to go a few weeks ago with MQ, just before the Star Wars exhibit closed. It was interesting seeing the costumes; they’re actually very detailed, much more than you can see on-screen. And seeing Darth Vader was fun.

The other exhibit was the Inspired! Design Across Time exhibit, which was excellent and free. It looks at the history of art and design through different eras and has some wonderful displays. I enjoy studying design; some people may remember I designed my library units, so I found it fascinating.

I took some photos of both exhibits to share. Some came out better than others; I’m still learning how to use my camera and the damn flash keeps getting in the way. But they’re not too bad overall. Hope you enjoy them. 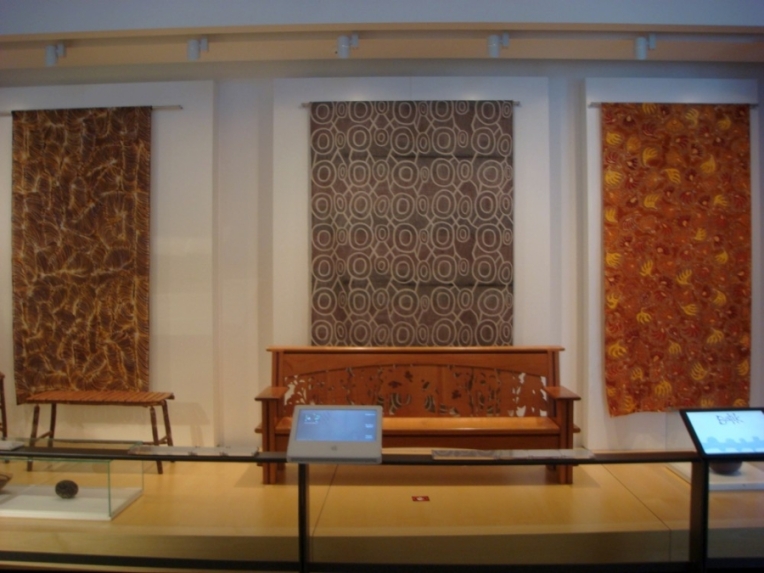 These are all from the Inspired! Design Across Time exhibit. The photo of the bench is my favourite; it’s from the crafts revival and there’s just something very rustic and Australian about the display, blending with the background.

I also like the mosaic. It was made by Pierre Cavalan from recycled materials and each panel is embossed with a stylised face in a different expression. It’s very beautiful and must have been painstaking to create.

What was particularly interesting about the exhibit was following the evolution in design, particularly the rapid advances toward contemporary art. Art and design have changed so much over the years but what was obvious was how the same influences keep reappearing, just in different forms. 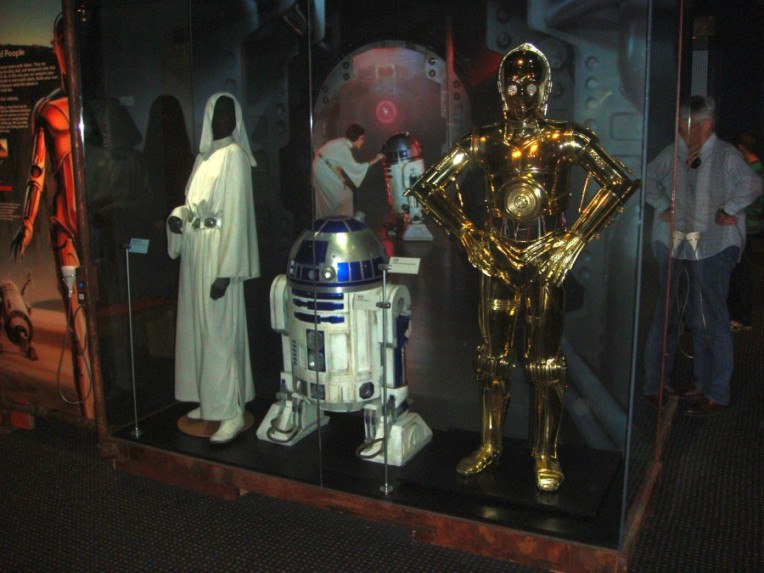 Seeing the costumes and props was interesting; you get an appreciation for the detail that goes into creating them that you can’t really see on-screen. But it was a little disappointing overall. The exhibit was quite poorly lit (which also made the photos darker) and the idea didn’t feel that plausible. Star Wars isn’t really about science.

Probably my favourite costumes were of Princess Leia and the droids, which were still in good condition. And Vader’s but that seemed to have aged more.

And what’s a day out without a nice meal to go with it? These photos were actually from a few weeks earlier as I didn’t get to photograph it in time but it was the same meal, except with more veggies on the pizza – I’d run out here.

And yes, I made it myself. I can cook quite well, believe it or not. The meringue was lovely too. 😉

3 thoughts on “A Trip to the Powerhouse”