These are some of the other photos I took over the Christmas period. I had meant to post them before Christmas but didn’t get a chance to sort through them all in time, so I thought I’d post them now instead.

Most of the photos are from around Sydney, except for the first few which I took during my trip to Melbourne last month. The Christmas lights are all from houses in Frederick Street in Randwick, near where we live.

My favourites are the ones from around the Queen Victoria Building in the Sydney CBD, which was beautifully decorated this year. I had coffee there with my mother on Christmas Eve and was spoilt for choice, walking around, trying to work out what to photograph.

There are quite a few photos so I’ve split them after a page break to make it load faster and you can click on any of them to make them larger as well. I hope you enjoy them and that you had a wonderful festive break. ~ CJ. 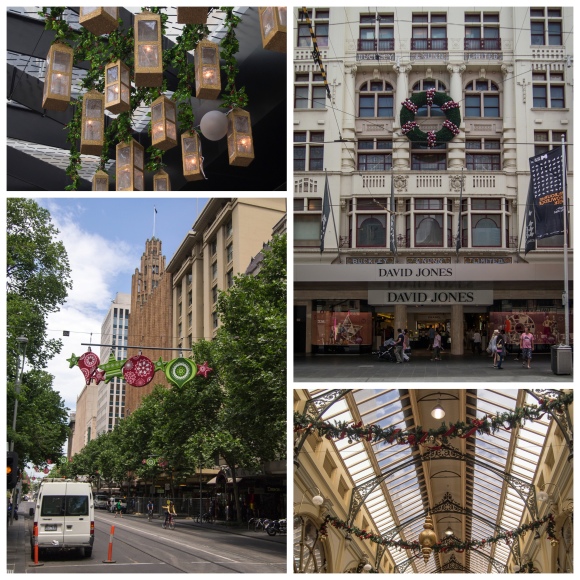 The Melbourne CBD, decorated for Christmas. I wish I’d spent more time wandering around as there was a lot I didn’t get a chance to photograph and the decorations were beautiful. Next year, I guess. 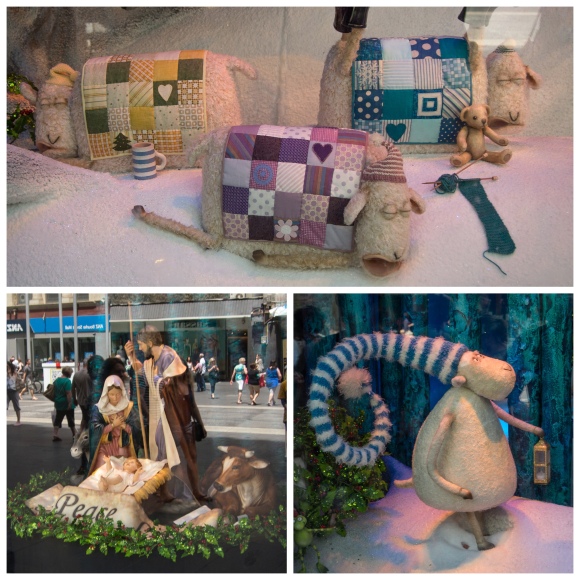 Myer’s Christmas windows in Melbourne. This year’s window displays were based on Rob Scotton’s “Russell’s Christmas Magic” and there was also a separate window with a nativity scene. 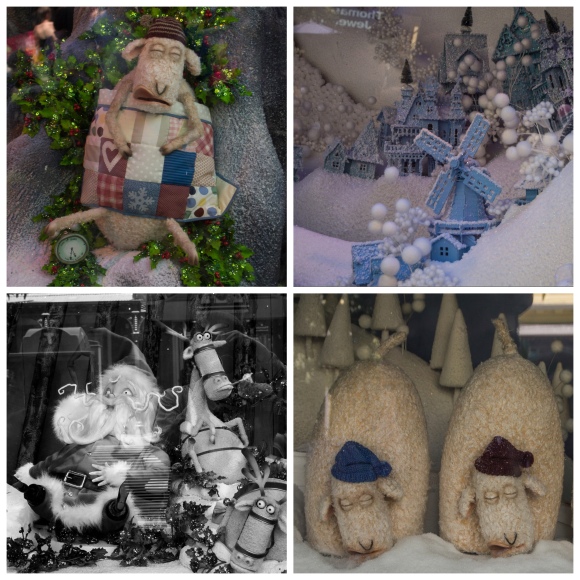 “Russell’s Christmas Magic” is about Russell the Sheep, who comes to the rescue when Santa and his broken sleigh are left stranded in Firefly Wood. It really felt like the book was coming to life. 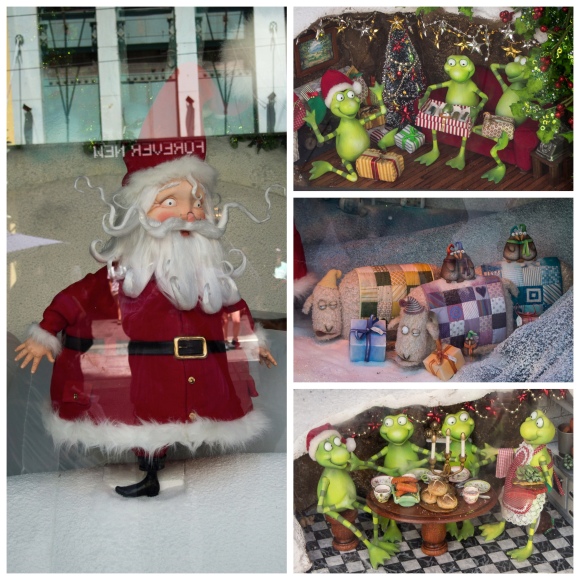 The sheep, Santa and reindeer were fabulous and most were fully articulating. The frogs were my favourite though – very cute.

END_OF_DOCUMENT_TOKEN_TO_BE_REPLACED 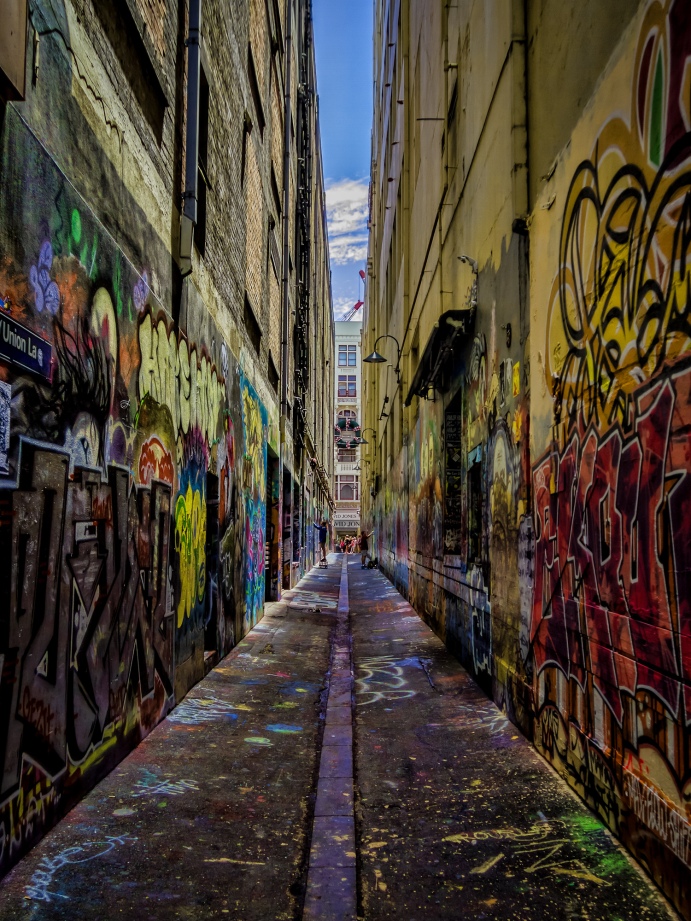 A thousand pictures
Across two walls,
Telling the stories
Of our lives

This is another photo I took while in Melbourne last month. It’s of Union Lane, a small lane off Bourke Street Mall in Melbourne. The location is well known for its street art and graffiti murals, the main bulk of which was approved by the City of Melbourne in 2010 and consists of art by dozens of artists painted over 5 months. You need a legal permit to officially paint here but unfortunately it’s also a prime target for unauthorised graffiti, as you can see in the photo.

Standing at one end and looking down these long walls of graffiti is quite a sight, a feeling I was trying to recreate with the photo. I didn’t get a chance to see Hosier Lane, which is even more well known for its street art, but hopefully will get to do that the next time I’m in Melbourne. 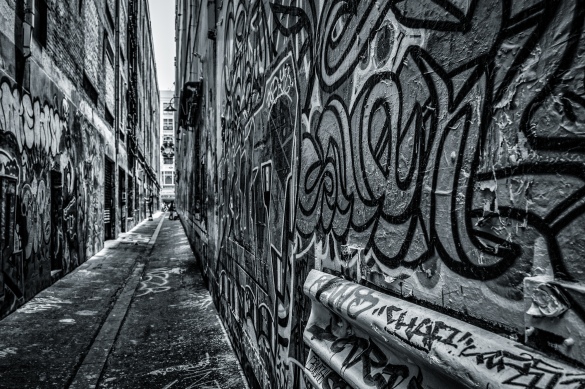 Update: A version I edited in black and white as well. 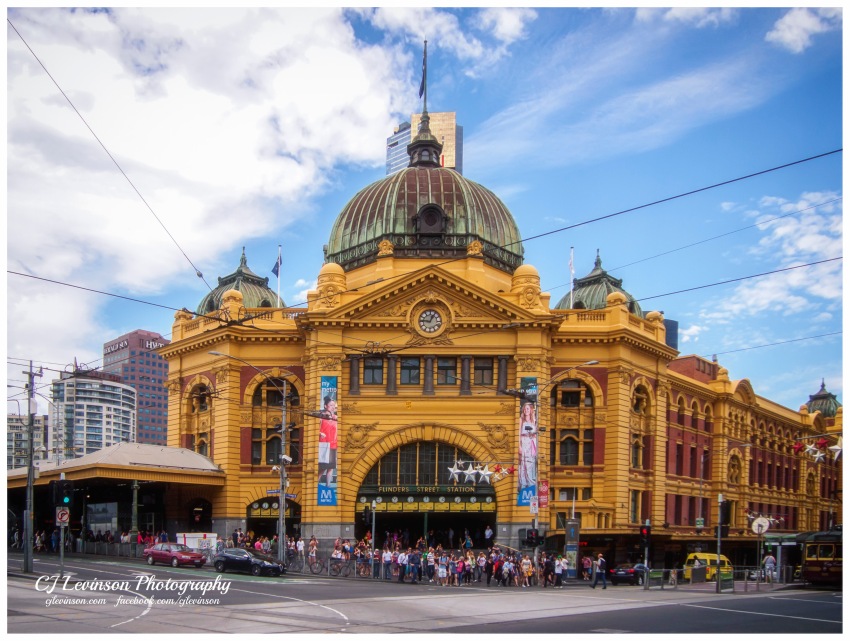 I am like
A train leaving its station:
My journey goes
Ever on

Flinders Street Station, at the corner of Flinders and Swanston streets in Melbourne. This was one of the photos I really wanted to get while I was in Melbourne last week as it’s such a beautiful and iconic building. I think it came out quite well in the end and doesn’t look too touristy, which was something I was trying to avoid.

The station is the oldest train station in Australia and was originally designed by James Fawcett and H.P.C. Ashworth in 1899 as part of a design competition, with construction on the main building completed in 1909. Sadly Ashworth didn’t live to see the completion of his design as he died from illness in 1903 at the age of 32.